The gaming industry which is currently booming across the world is both immense and consists of many strands. In particular, it is one of the most profitable and successful sectors in the US where it is consistently growing thanks to technological developments. In fact, the market size of the Video Games industry in the US increased faster than the economy overall in 2022. This begs the question of what factors have influenced this growth of the gaming industry in the US and will this trend continue into the future?

Firstly, this explosion in popularity for the gaming industry in the U.S is large because of the influx of new gamers as well as the constant flow of new games that they can avail of. Due to technology, there are now more game developers and designers than ever which means that video games are being made in every genre and for every type of gamer. There are also a huge abundance of consoles available for gamers which helps involve even more people in gaming.

Along with the variety of games making waves for the gaming industry, the features within these games are also attracting huge throngs of people in the US. Thanks to technology, the concept of virtual reality has been procured and is now even being implemented in video and mobile games. In fact, game programmers have started to create games that are played across physical space, building them around real-life location data and inspiring gamers to move in order to advance in the cybernetic world. Not only is this move beneficial for the physical health of gamers, but it is a more interactive form of gaming that injects adventure into your experience. Games developers have also made a consistent effort to include social elements in their games by offering players the ability to interact with others in chat rooms or even play with or against them.

Whilst video games put players in command, honing their abilities to resolve disputes, interact with other players and make decisions, many casino games like poker and blackjack also require a high level of strategy which helps exercise the mind. In this sense, it is not just video games that are soaring in popularity but also casino gaming which is one area of the gaming market that is soaring in popularity in locations like the US as it already has a huge casino presence with its myriad of physical casino establishments. Now, casino fans no longer have to trek to a traditional casino to play their favorite casino games or to be in for the chance of winning big. Thanks to the creation of online casinos and mobile apps, these people can visit sites like Bally’s Casino NJ in order to get a great casino experience. Not only do these online casinos match the variety of games offered in traditional casinos, but they also offer plenty more as well as a range of bonuses, rewards and promotions to get you started.

Furthermore, technology has also facilitated the growth of mobile gaming which encourages more people to get involved in gaming as they can do so on the go and without being attached or near to a gaming console. Smartphones that are coming out onto the market are continuously being adapted for games with larger screens and high quality sound systems. These modern mobile phones also allow gamers to enhance their gameplay by attaching additional things such as gaming headphones to their phone.

In addition many people are starting to realise the mental benefits of video and mobile games as have actually been proven to improve your vision when played in moderation. This includes acquiring an improved ability to pick up on details in your real life after playing a game for a period of time. Playing these games is also a great way to boost your mood and ward off mental health conditions such as depression and anxiety as it reduces stress. With mobile gaming, you can also download games onto your phone offline which means that players can walk and play at the same time, thus aiding their physical health also. These games can also offer players the chance to improve on their skills and expose them to a variety of topics that they may not have much knowledge on.

Although video and mobile games are hailed for being a fun source of entertainment, playing them often requires a high level of skill and also entails you having to correct your mistakes in order to proceed to the next stage in the game. This persistence that you practice in these games can translate to your real life where players will become more likely to strive towards their own personal goals. This builds their confidence in all aspects of their life going forward as it demonstrates to players that they can overcome obstacles.

In conclusion, in recent years it has become abundantly clear just how much the gaming industry has grown in regions like the US. With games developers becoming increasingly aware of how much our society and especially highly developed countries like the US rely on technology, they have gone the extra mile to ensure their games are interactive, fun and that there are a variety to choose from. From video and mobile gaming to casino gaming, in the future we should witness the gaming industry as a whole become even more popular even in other locations like Turkey and Pakistan. 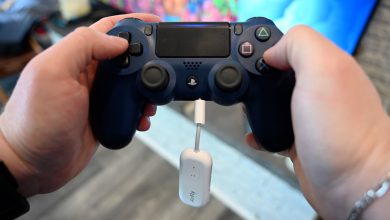 How To Connect Airpods To PS4? Alienware Aurora 2019- Everything You Need To Know 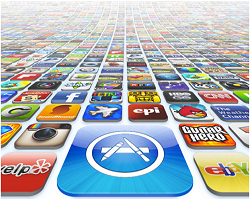 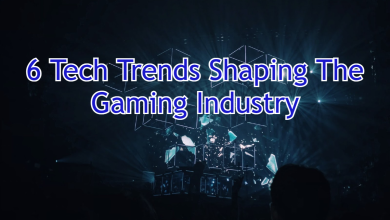