Internet of Things (IoT) is now a reality, and it is estimated that now in 2021 we already have more than 10 billion active and connected IoT devices all over the world, and this number is still growing tremendously.

This is where Remote SIM Provisioning, or RSP, comes in.

What Is Remote SIM Provisioning

Remote SIM Provisioning is a GSMA standard that allows the secure management of network operator profiles on a device with an eUICC (Embedded Universal Integrated Circuit Card) wirelessly that allows four core functions:

Before Remote SIM Provisioning (RSP), we must physically swap SIM cards when we want to switch into a new cellular network. With RSP, devices can now use SIM form factors that don’t need to be physically removable or replaceable (eSIM form factor). The integrated/embedded SIM form factor provides various benefits, for example allowing the device to be smaller in size with greater theft protection when compared to traditi1onal SIM cards.

RSP and eSIM allow IoT operators to rapidly onboard new IoT devices remotely, which is especially useful in IoT deployments with hundreds if not thousands of interconnected devices spanning across multiple networks.

The core advantage of Remote SIM Provisioning is the quicker and easier way to change between networks. IoT operators can easily choose a new network over the air without physically accessing the device and replace the SIM cards. The device’s eSIM or iSIM will download the SIM information of the new network carrier and start connecting immediately.

With RSP in place, Iot devices can be monitored and even updated remotely, avoiding the often costly lifecycle support costs in remote IoT deployments.

What Is eSIM and eUICC

We can’t properly discuss Remote SIM Provisioning without discussing eUICC and eSIM, which are closely related to the RSP function.

SIM, or Subscriber Identity Module, is the component of a cellular-connected device that securely stores subscriber data and device identity, allowing network operators to recognize the device and the cellular/data plan it’s currently subscribed to. UICC (Universal Integrated Circuit Card), is the hardware component that contains security architecture enabling this subscriber profile storage.

The eSIM and eUICC, on the other hand, are two terms that can be used interchangeably to describe a new SIM form factor that is embedded, or soldered into a device instead of being a physical plastic card. eSIM offers equivalent security to a conventional SIM card but offers Remote SIM Provisioning and other over-the-air features.

eSIM and RSP In IoT Implementations

As discussed, a key advantage of Remote SIM Provisioning in eSIM is the ability for IoT operators to easily switch between different network operators without needing to physically replace the SIM card with a new one.

For example, in mobile IoT devices like autonomous vehicles, with eSIM and RSP, the vehicle can seamlessly switch into another carrier when it moves between countries.

Durability can be an extremely important factor to consider, especially when IoT devices are deployed in remote areas with harsh environments like extreme vibrations or extremely high/low temperatures.

The eSIM is designed to be more durable, and being a chip integrated into the device’s body, is also protected by the device’s shell. The eSIM can last for up to a decade in extreme conditions, while the traditional SIM card is designed to last only for a couple of years in normal environments.

Without the SIM card tray, manufacturers would have more versatility in designing a smaller device, allowing the device to be deployed in remote, hard-to-reach areas. eSIM would allow the manufacturers to keep the size of the IoT sensor compact without affecting performance. Also, if necessary manufacturers can accommodate other components due to this more compact size, like a bigger battery.

Remote SIM Provisioning and eSIM offer various benefits in  IoT deployments, especially in providing more versatility to easily change networks without replacing the physical SIM card. However, it’s very important to partner with the right IoT network provider to make the most of your eSIM’s RSP capabilities.

eSIM and RSP are important elements in answering the demands of today’s more complex IoT deployments, especially for large-scale IoT deployments that involve hundreds if not thousands of devices spanning between different networks and/or different 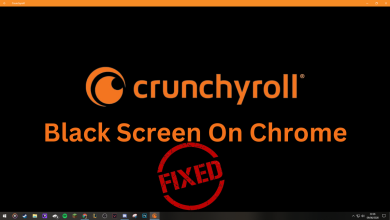 How to Fix Crunchyroll Black Screen On Chrome Easily? 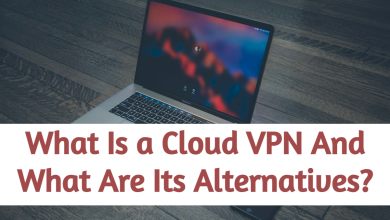 What is a Cloud VPN and What are its Alternatives? 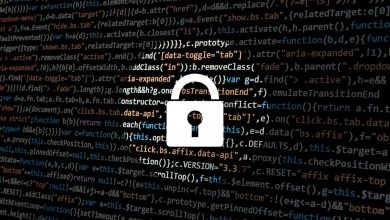